US Release of ‘Senna’, USGP at SXSW, and CNBC in F1
4 comments
Share:FacebookTwitterEmail

While most of the US watches news develop overseas and waits for the season opener, the award-winning documentary ‘Senna’ opened to a packed house at the SXSW festival last weekend, and on hand were the film’s director, Asif Kapadia and USGP organizer Tavo Hellmund.  Check out the Austin Grand Prix Blog for some great coverage as well as shots of the Williams FW33 that made an appearance at a reception put on by Formula One United States organizers.

Kudos there as well – a smart way to embrace the history of the sport and it’s fans, the USGP was able to capitalize on a popular film – one that sold out faster than any other in SXSW history.  The race’s success ultimately will come down to how the local community embraces Formula 1, and from all reviews, ‘Senna’ as a film looks to be regarded on par with ‘Pride of the Yankees’.  Austin’s Statesman reports that director Kapadia has hinted at a June release for the United States market.

In other US Market news, CNBC has recently signed with the Marussia Virgin F1 team as their Business Media Partner.  CNBC is in a great position to enter India and Russia when the racing there begins, as well link up with a new global audience.  A quick look ’round the net suggests that CNBC’s content partnerships are shifting away from Dow Jones and Company (now owned by News Corporation), and towards other partners in international markets.

Last year, CNN International partnered with Lotus Racing, and one of the many benefits of their  sponsorship was that it put the CNN brand squarely on an iconic British car in front of their main competition’s audience at the BBC.  In effect, the BBC paid FOM and Bernie for the right to broadcast CNN’s logo on a car watched by millions in the BBC’s home market for a historic return of the Lotus name.

Possibly in a similar fashion, CNBC could leverage their presence on the F1 platform, especially in Austin, where US broadcaster SPEED (also owned by News Corporation) will certainly have a strong media presence covering the race for their US television audience. 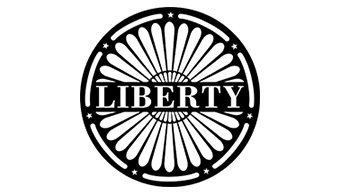 Ticketing and PSLs at Circuit of The Americas