Over the Mexican Grand Prix weekend, American Tavo Hellmund spoke about a new Formula 1 circuit in the works.  Following recent comments by Bernie Ecclestone about a new Grand Prix “Out the California way“, Tavo mentioned to journalists over the weekend:

We’re looking at a project that’s probably two weeks away from being able to talk about it, then looking also maybe making an investment with a team.

Hellmund’s work on Autodromo Hermanos Rodriguez brought about it’s first Formula 1 race there in 23 years, and following his work on Circuit of The Americas, would make this his third Grand Prix circuit in less than a decade.

When pressed for more details on the circuit’s location, Hellmund would not elaborate, stating only that it would be in North America. 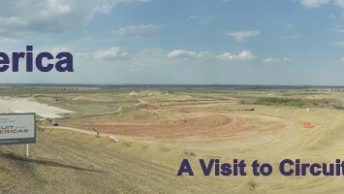 A Visit to Circuit of the Americas