Here’s a new Google map showing US theater locations for SENNA, dates are also listed below.

After winning the Best International Feature Award at the 2011 Los Angeles Film Festival just recently, SENNA will be opening in the United States at the following cities, according to the official movie Facebook page today, with more announcements to follow:

August 19th: The Century in Chicago, The Ritz at the Bourse Philadelphia, Kendall Square in Cambridge, Embarcadero in San Francisco, Shattuck in Berkeley, The E Street in Washington DC, The Main Art in Detroit, San Diego, The Sunset 24 in Miami, The Belcourt in Nashville, The Angelika in Dallas, The Violet Crown in Austin

August 26th: The Midtown Arts in Atlanta, The Lagoon in Minneapolis, Denver, The Varsity in Seattle

September 2nd: The Tivoli in St. Louis, The Keystone Arts in Indianapolis

The US trailer is now up on iTunes, and continues to top IMDb’s all-time documentary ratings. 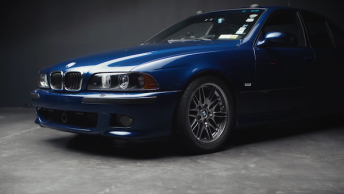 A First Look at APEX: The Secret Race Across America